The International Book Festival Budapest, which will be organized for the 27th time, offers multiple exciting cultural programs where the most outstanding representatives of international literature and Hungarian intellectual life will participate. You will have the opportunity to get to know the literary scene through writer-reader meetings, readings, round-table discussions, and many other activities. The festival also functions as a professional and business forum with workshops and conferences focusing on such topics as the issues of the regional book market and the culture of reading. The event also serves as an open fair which attracts tens of thousands of visitors every year. Among the guests you can find be the most prestigious writers and poets of the world. Those who are interested – whether they are from Hungary or abroad – can choose from more than 50.000 volumes and hundreds of new releases.

Since the Festival is also a cultural forum, one of the main goals of the event is to present the literature and culture of a chosen country or region as a guest of honour each year. The previously invited guests included Canada, China, Israel, Turkey, the European Union, the countries of Northern Europe and the Visegrád Four – Poland, Czech Republic, Slovakia, and Hungary. 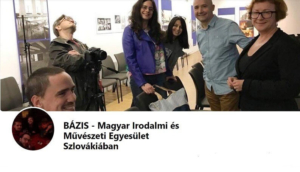 The Slovakian exhibition will be opened by the Hungarian writers, György Dragomán and Anna T. Szabó with the Slovakian guests.

The book festival will also host the highly successful European Debut Writers Festival. This event aims to give young citizens from EU Member States an opportunity to showcase their literary work. 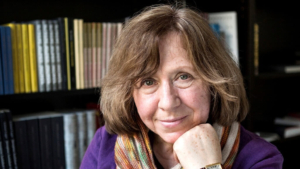 In addition, this year’s Guest of Honour will be Nobel laureate Svetlana Alexievich, who will receive the Budapest Grand Prize from the Mayor of Budapest. Her books have been published in 19 countries, while her works have served as a basis for almost 20 documentaries and 3 plays. Her activity has been recognised with a vast number of prestigious awards, including the European Cooperation Prize, the Alfred Toepfer Foundation Herder Prize and the Peace Prize of the German Publishers and Booksellers Association.

The festival welcomes everyone, from older to younger generations. Those interested in children’s books can take part in family activities in the Glass Hall (Building D), aimed at promoting children’s literature. For the others, there are other colourful activities in the Inn (Fogadó – Building G) and in the pavilions set up in the park.

If you wish to join, check out the event’s details HERE.

An introduction to Neptun, the online education interface in Hungary

Hungarian Diaspora Scholarship Welcome Event 2022
Scroll to top
Manage Cookie Consent
We use technologies like cookies to store and/or access device information. We do this to improve browsing experience and to show personalized ads. Consenting to these technologies will allow us to process data such as browsing behavior or unique IDs on this site. Not consenting or withdrawing consent, may adversely affect certain features and functions.
Manage options Manage services Manage vendors Read more about these purposes
View preferences
{title} {title} {title}