Since architecture reflects the age and cultural context that created it, observing the buildings through this lens allows us to go beyond the technical details and understand the era itself – where people lived helps us see how the society of the time functioned.

The turn of the century brought changes to Hungary. In 1873 the towns of Buda, Óbuda, and Pest were united to create a metropolis and this modernisation brought a wave of urbanisation with it. Accordingly, the need for new living structures emerged. The public buildings, baths, museums and private mansions built around the 1800s all indicated the wealth of the ruling social class – the well-off bourgeoisie. Both intellectually and culturally, this era was bold, vivid, and prosperous that left its mark on the newly erected buildings as well.

Art Nouveau (in Hungarian, Szecesszió) is one of the determining styles of the turn of the century. Popular from the 1890s until the First World War, it was present in architecture, literature, interior design and illustration alike. The word itself translates to “stepping away,” showing how the artistic wave aimed to distance itself from its historicist predecessors. Proclaiming that “beauty is in all things”, Art Nouveau prefers mellow forms and bright colours and aspires to embellish all surfaces, creating harmonical environments rather than isolated works of art. Drawing inspiration from nature, its most recognizable element is the use of continuous, wavy lines that twist into each other like vines.

Museums, public buildings, churches, mansions or apartment houses – elements of Art Nouveau can be discovered in many parts of the city. Here we are showing you a few beautiful buildings that you may have seen already without knowing that they were built in this era!

The palace hosting this museum is a masterpiece of Hungarian secession. Built between 1893-1896, based on the designs by Ödön Lechner and Gyula Pártos, it draws inspiration from Eastern, Western and Hungarian folk art alike. An interesting detail to look out for is the colourful roof tiles produced by Vilmos Zsolnay, founder of the Zsolnay Porcelain Manufacture. 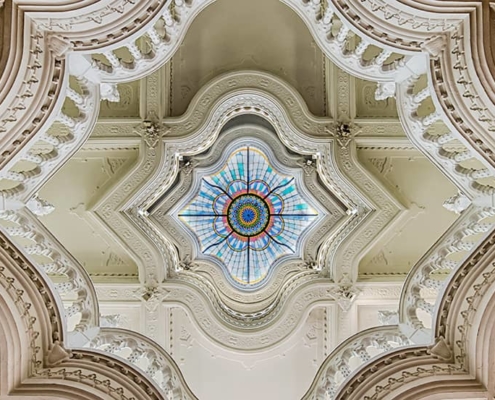 Built between 1909 and 1926, this estate was inspired by the English garden city movement, an aim in urban planning to create self-contained communities that are surrounded by nature zones called “greenbelts”. The Wekerle-estate was intended to solve the housing problems of local workers and clerks. These family houses and freehold apartment buildings offer secession-style gables and balconies and vividly coloured tiles. 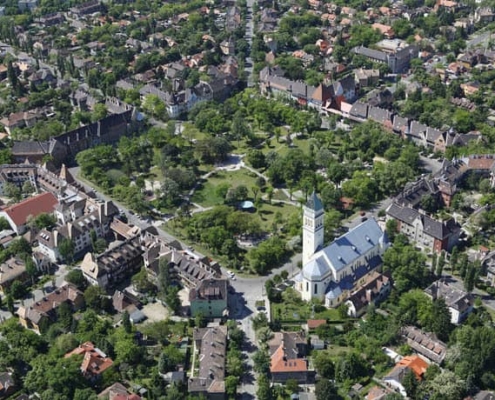 The Liszt Ferenc Academy of Music functions both as a university and a concert centre. Constructed between 1904 and 1907 it was designed by Flóris Korb and Kálmán Griegl at the request of Baron Gyula Wlassics, the Minister of Culture of the time. The building is one of the most impressive examples of Central European Art Nouveau architecture and the only Art Nouveau-style higher education institute in Hungary. 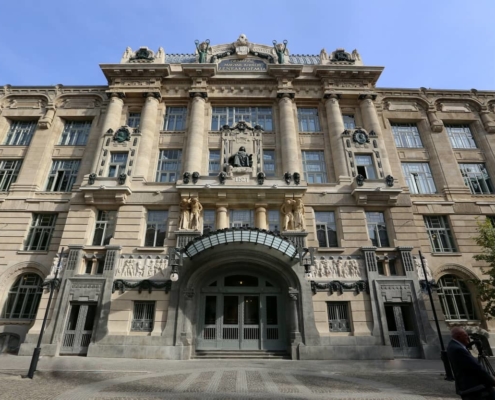 Built between 1912–1918, the interior of this beautiful bath shows a beautiful example of the twisting vine motives. While swimming, be sure to look up and take a closer look at the pillars as well as the balconies above them! 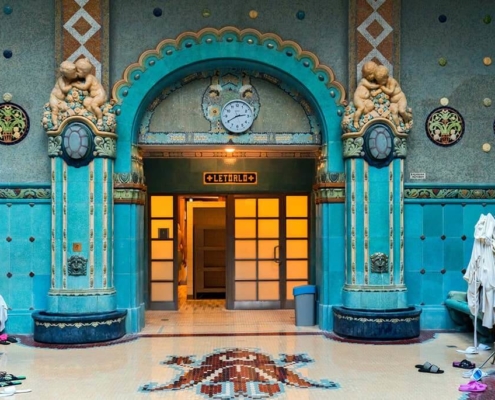 Finished in 1901 the building shows the flowery, nature-inspired characteristics of secession. The facade is embellished with golden beehives, symbolizing hard work and economizing- fitting decoration for a savings bank! 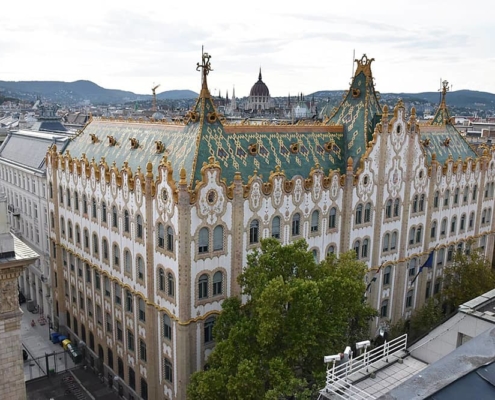 The first Parisian-style department store was designed by Zsigmond Sziklai . Finished in 1911, the six floors high building has a flat rooftop, used as a skating rink during winter. A true Art Nouveau characteristic can be seen on the facade: its arc design is made from one continuous line. 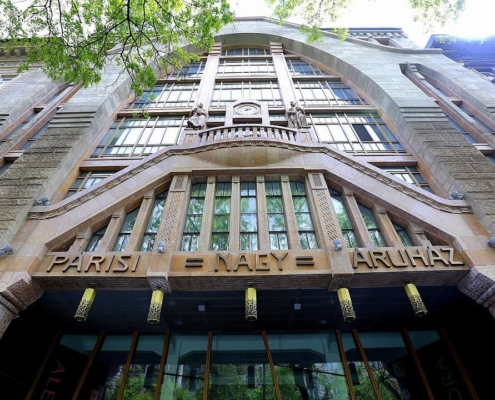 So next time you’re walking in the city, keep an eye out for these beautiful details! If you are unsure whether the building you spotted is Art Nouveau, you can double-check it on this map: courtesy of the Secession Magazine, it lists all buildings that have elements of this style to them!

Busójárás – A Hungarian tradition celebrating the coming of sprin...

Mihály Munkácsy – the Hungarian pioneer painter in genre art
Scroll to top
Manage Cookie Consent
We use technologies like cookies to store and/or access device information. We do this to improve browsing experience and to show personalized ads. Consenting to these technologies will allow us to process data such as browsing behavior or unique IDs on this site. Not consenting or withdrawing consent, may adversely affect certain features and functions.
Manage options Manage services Manage vendors Read more about these purposes
View preferences
{title} {title} {title}