A taste of Hungarian contemporary literature

In a moment like this, I should at least
say something reassuring,
because the way I look at you now,
it has something to do with nourishment.
But instead, I only confuse the words.
To deceive you I compare you to
something that you cannot recognise,
and even if you could, I would deny it,
and when you are shouting, I still won’t stop.

Following the footsteps of well-established, internationally renowned authors such as Imre Kertész, László Krasznahorkai, Péter Nádas or György Spiró, there is a promising young generation of Hungarian writers emerging. New voices are searching for identity, examining connections, trying to find an understanding of the world and time they live in; doing all this boldly, with reflectivity and grace, fearless of venturing into new genres and narratives. Sometimes provocative, oftentimes ironic, but sensitive and honest to a fault, one thing is certain- this new generation of authors bring a breath of fresh air to Hungarian culture.

Since many of them have been translated to other world languages, we encourage you to use literature on your journey to understanding more about present-day Hungary. Below we collected some present-day writers worth checking out! 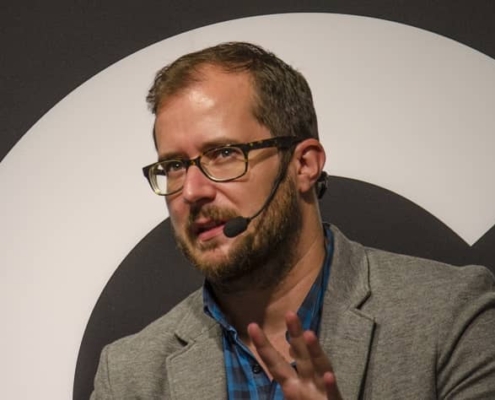 Born in 1982 in Debrecen, Dénes Krusovkszy started his career as a poet but gained wider recognition with his first novel, Akik már nem leszünk sosem (Those We Will Never Be). His prose is reflecting the era he lives in, showing its readers the challenges of a man in his 30s navigating the scenes of contemporary Hungary. With themes as emigration and the division between living in Budapest and in the Hungarian countryside, he offers the readers a fascinating sneak-peek into their lives and a compelling story about the challenges of the often cynical young intellectuals. In 2016 he won the Audience Award at the Libri Literary Award.

If you liked the poem in the introduction, you can read a wider selection of his poems here! 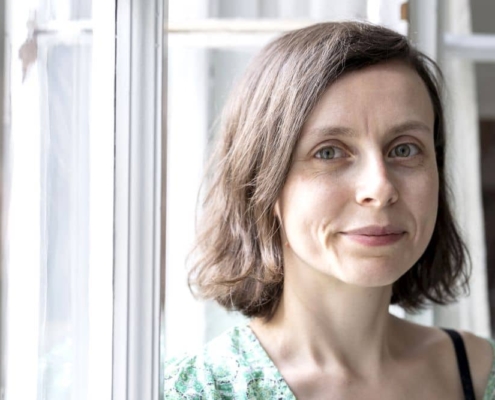 Winner of the European Union Prize for Literature (an annual award to promote the works of young writers of the EU) in 2019, Réka Mán-Várhegyi brings a raw, often provocative narrative with her latest novel Magnetic Hill. Born in 1979, she grew up in Târgu Mureș, Romania and moved to Hungary after the fall of the communist regime in 1990. Magnetic Hill introduces the reader to several layers of contemporary Hungarian reality, showing the set of beliefs and the challenges these different groups experience. The two outstanding characteristics of Magnetic Hill is the sharp humour and a unique, strong female narrative. 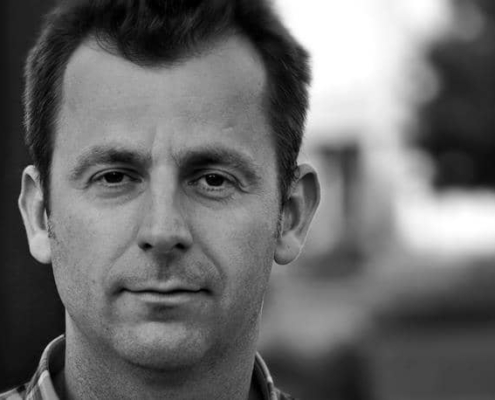 Grecsó has started his career as a poet but became popular as a short-story writer. His set of topics, examined first in Gossip Mom (2006), revolve around the everyday life of his homeland, telling stories of the Great Plains of the South-East of Hungary. Beyond examining generational conflicts, wanderlust and the search for identity, Grecsó offers us a peek into the days of everyday people with their secrets, loves, faith, infidelity and jealousy, his prose rough and organic, making the reader feel like a firsthand witness to the events of this community.

The works of Grecsó have been translated to German, Czech and Turkish and you can also read an excerpt of his book ‘Masquerade’ here. 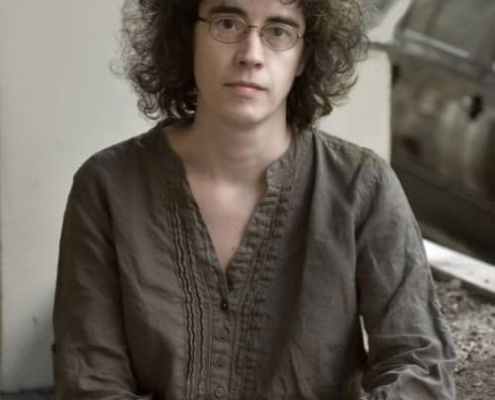 Edina Szvoren was born in 1974 in Budapest. She has had work published regularly since 2005, including two works of prose. She was awarded the European literary prize for her book Nincs, és ne is legyen (There is none, nor let there be) in 2015. Szvoren’s literary trademark is sensitivity and perception. Focusing on human relations, such as family traumas, loneliness, the lack of a father in a family, her powerful and peculiar stories tell us about distances and alienation, but through dark humour, they also show the soul and the connections behind.

Read an excerpt of her award-winning novel There is none, nor let there be here! 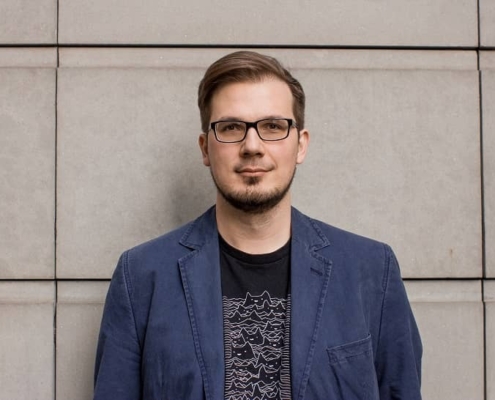 Attila Veres is a graduate of Film at the University of Pécs and is currently working as a scriptwriter, editor, dramaturge and writer. Internationally renowned, his short story “The Time Remaining” will be published in 2020 December in the Valancourt Books World Horror Stories, an anthology of the contemporary horror literature of 18 different countries. The books of Veres are set in a world of weird fiction, a subgenre of speculative fiction that reinterprets the characters of classic horror – ghosts, vampires, werewolves and alike. Using the elements of the absurd, he examines the dread of being alone in a hostile world. His clever and well-phrased horror is present in everyday life, imagining a world that poses dangers in its most quotidian acts: opening a book or even cracking an egg can have dreadful consequences.

If you liked this be sure to keep an eye out for the literary events, such as the Margó Literary Festival or the International Book Festival of Budapest as well, to make the most out of your stay in Hungary!

HLO: Up to our chins

HLO: The Pulp Fiction of the Land of Storms. Krisztián Grecsó: Masquerade

Tradition and Value – the University of Pécs